Chaldean Patriarch of Babylon
President of the Assembly of the Catholic Bishops in Iraq
Baghdad – Iraq
10 August  2014
Death and sickness are taking hold of the children and elderly people among the thousands of refugee families spread over the Kurdistan Region who lost everything in the recent tragic developments while the ISIS Militants are still advancing and the humanitarian aid is insufficient.
There are seventy thousand displaced Christians in Ankawa [Erbil] along with the other minorities in this city that has a population of more than twenty-five thousand Christians. The families who found shelter inside the churches or schools are in a rather good condition while those who are still sleeping in the streets and public parks are in a deplorable situation…
In Dohuk, the number of Christian refugees' amount to more than 60.000 and their situation is worse than those in Erbil. There are also families who found shelters in Kirkuk and Sulaymaniyah, as well as some have arrived as far as in the capital city of Baghdad.
While the humanitarian needs are escalating: housing, food, water, medicine and funds, the lack of international coordination is slowing and limiting the realization of an effective assistance to these thousands awaiting immediate support. The Churches are offering everything within their capacity.
To summarize the situation of the Christian villages around Mosul up to the borders of Kurdistan Region: the churches are deserted and desecrated; five bishops are out of their bishoprics, the priests and nuns left their missions and institutions leaving everything behind, the families have fled with their children abandoning everything else! The level of disaster is extreme.
The position of the American president Obama only to give military assistance to protect Erbil is disappointing. The talks about dividing Iraq are threatening. The Americans are not up to a rapid solution to give hope specifically as they are not going to attack the ISIS in Mosul and in the Nineveh Plain. The confirmation that this terrible situation will continue until the Iraqi Security Forces will fight along with Peshmerga against the ISIS militants is very depressing. The President of the Kurdistan Region said that the Kurdish troops are fighting with a terrorist State and not minor groups! While the country is under fire, the politicians in Baghdad are fighting for power.

At the end, perhaps, Mosul will not be liberated neither the villages in the Nineveh Plain. There is no strategy to dry up the sources of manpower and the resources of these Islamic terrorists. They control the oil town of Zumar and the oil fields of Ain Zalah and Batma along with the oil fields of Al-Raqqa and Deir ez-Zor in Syria. The Islamic extremist fighters are joining them from different countries around the world.

The choices of refugee families:
Migration: where and do they have the necessary documents and money?
To stay: in the halls and in the refugee camps, waiting the summer to end and winter to come? Will the schools be reopened and will their children go to elementary schools, high schools or colleges? Will they be welcomed in the schools in Erbil, Duhok and Sulaymaniyah? What is the future of the properties and belongings, along with the jobs, of these thousands of innocent people forced to fee overnight from their dear villages?

These are questions that should inflict pain in the conscience of every person and organization so that something should be done to save this people that have their history in this land from their beginnings.
Quelle: rorate-caeli blogspot. 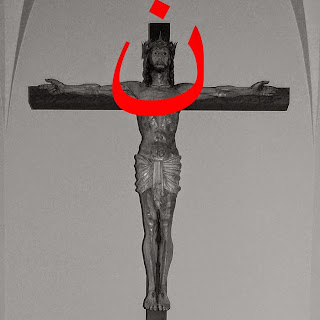